Skip to content
Grant Comics, Movies April 14, 2016December 18, 2017
This is the one MCU trailer I’ve been dying to see. Hell, its announcement is probably the biggest reason I began paying serious attention to the rest of the movies. I won’t say the trailer exceeded my expectations, mostly because it sidestepped them entirely, but I’m not disappointed. (I was only hoping for a little more color and maybe a little bit of that Ant-Man and Guardians humor.) Putting aside the obvious similarities with Christopher Nolan films, this looks like a sufficiently fresh take on an origin story.
I know, I know: us sophisticated adults are supposed to be bitching about the current saturation of comic book films, but you know what? They’ve grown on me. There have been much worse things the box office has been saturated with and, frankly, crossovers are awesome. Besides, it’s not like this trend is going to last forever. Soak it up while it lasts. I have a feeling the next big Hollywood trend will be at least a little less enjoyable.
(Yes, this is all to say I think Doctor Strange is fucking awesome. I can’t wait for the movie.)
* * * 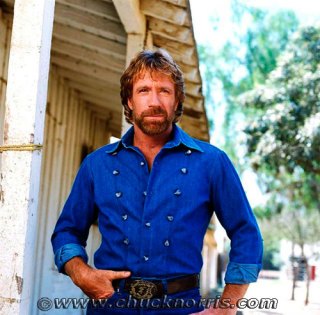 I’m writing a movie review for Chuck Norris vs. Communism. If you know nothing about this movie, it’s probably not what you think. Come back at midnight CT to read it.