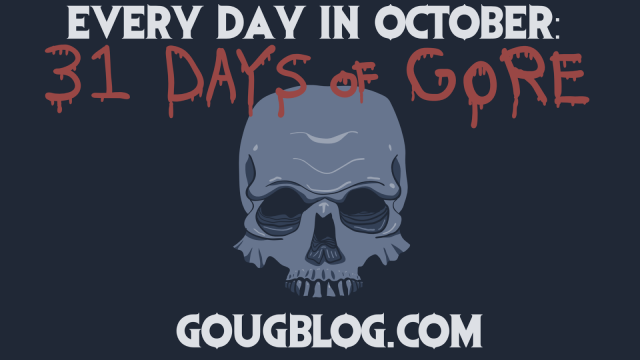 This is probably the longest break I’ve taken from this blog in something like nine years, but if 31 Days of Gore doesn’t happen this year it’s because I’m dead. (And I’ll haunt whoever reads this… I ain’t got nothin’ better to do in death.)

I can’t tell you exactly what to expect this year, but I tend to feature at least one shot-on-VHS horror flick, a melt film, a Full Moon movie, and a Troma movie. I also plan to feature an entire trilogy or series each Friday of the month. The rest of the month I like to play by ear so I don’t get bored.

The only thing I can say for sure: it’s going to be the best one yet. Catch up on the last two years here.