Twenty policemen raid an Indonesian apartment block with the intention of extracting a sadistic drug dealer. The problem is the target owns the building; once he realizes the police have arrived, he cuts all communication with the outside world and traps the good guys inside. To make matters worse, he offers his scumbag tenants a deal: anyone who kills the cops gets to live rent-free in the building for life.

What follows is a dizzying gunfight which leaves both sides of the battle bloody and strapped for ammunition, at which point blades and martial arts become the standard. The sight of machete-wielding bad guys, roaming the halls for the badly beaten survivors, is a chilling visual. The head honcho is particularly ruthless, as evidenced by the fact he likes to chow down on noodles as he executes his rivals. Even so, he’s got at least two henchmen who are more interesting than the main villains in most films.

At the center of the chaos is Rama (Iko Uwais), a rookie cop who’s soon to be a father. There’s more to him than that, even though you’d think the absurd amount of action would squeeze out the character stuff, but I won’t spoil it. In fact, The Raid pushes the action to the absolute limits; we’ve seen movies with more action, sure, but those movies usually become exhausting by the end. There’s a high level of noise at times, but it’s always punctuated by perfectly timed breaks.

Then there’s the tasteful use of CGI, most of which you won’t even notice, combined with A+ stunt work. I can’t imagine the stunt team on this movie walking away without actual broken bones. The punches never look pulled, the blows look like they land, and there’s a two-on-one fight scene which looks legitimately painful. I often find myself dazzled by early fights scenes and bored by the latter, but The Raid manages to top itself each time until the spectacularly satisfying ending. 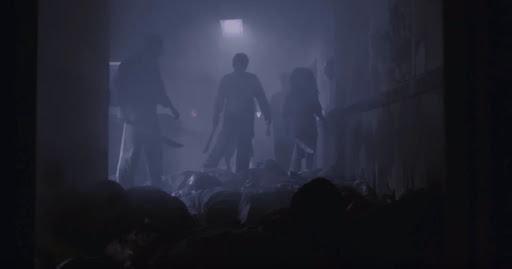 There are few things I enjoy more than watching movies. The reason is sometimes I find one as thrilling as The Raid. I’m not exaggerating. I don’t think I could list ten movies more exciting than this one. It’s operating on a level that makes many action movies look embarrassing by comparison.

I’ll post my thoughts on the sequel next Friday.