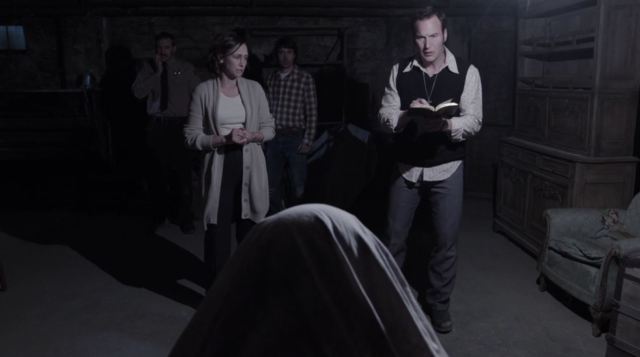 One reason I avoided The Conjuring is I wasn’t a fan of director James Wan’s Saw, which I thought had great actors yet phony acting. Besides, the last time I saw Lili Taylor in a horror movie was 1999’s The Haunting, which helped kick off the crappiest era in horror movie history. Then there’s the conceit of calling this a true story (‘kay), which reeks of the same dishonesty that produced The Amityville Horror, one of the dumbest fucking movies ever made.

And if you think The Amityville Horror really happened, I would like to sell you a bridge, but there’s a good chance you’ve already got all your money locked away in a scam anyway. It just really rubs me the wrong way when movies try to exploit the “open-minded” by slapping “based on a true story” on a title card. Every other week I have to read news about children getting killed by make-believe exorcists and parents who chose prayer over medicine. (I imagine this problem might get worse now that Dr. Oz is focusing on faith-healing every Friday this month… that’s where we are now.) So when I heard this movie was about The Warrens, you better believe I rolled my eyes so hard they nearly popped out of my skull.

I could go on and on about why The Conjuring didn’t look like my cup of tea, but now that I’ve seen it I’m in danger of something which shocks me: I could gush about this movie. Really. I think this is one of the finest horror films ever made—this in spite of the fact that, from a distance, it appears to embody everything I dislike about modern horror. 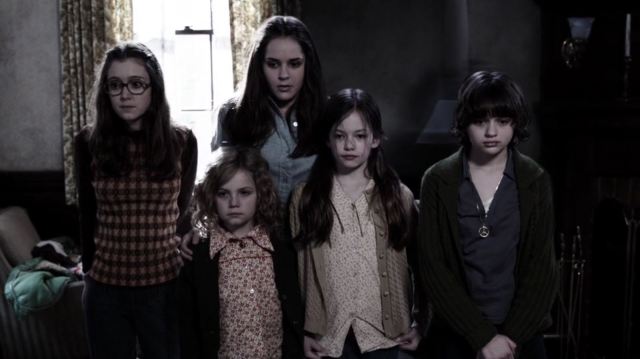 Vera Farmiga and Patrick Wilson, who play the paranormal investigators known as The Warrens, are the kind of screen talent we don’t see much of today. They find themselves in introspective roles which might have been filled by the likes of Shelly Winters and Henry Fonda several years ago. There’s something satisfyingly old fashioned about their methods, which makes them perfectly believable in a story set in 1971, and I have to give James Wan credit for casting adults who look and act like real people.

Meanwhile, Ron Livingston and Lili Taylor play The Perrons, the parents of five daughters who are targeted by the presence haunting their home. Eventually, the strange happenings in the house become so frightening the family resorts to sleeping in the living room together because they’re too scared to stay in separate bedrooms. It’s at this point The Perrons seek out The Warrens for help, who will have to document the case in such a way the church grants them an exorcism. Naturally, the presence doesn’t like The Warrens’ involvement one bit and things become increasingly violent. 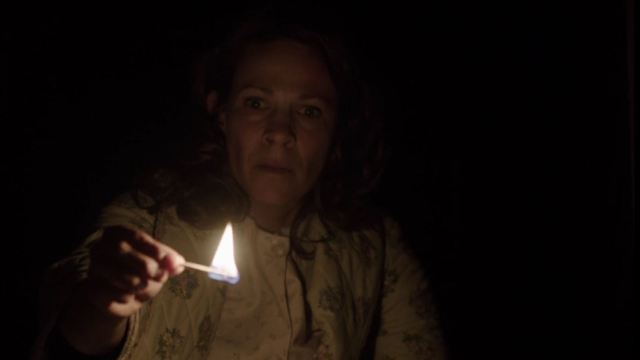 Here’s a movie which successfully homages everything from The Exorcist to Poltergeist with a lot of respect. I have a feeling I wouldn’t like James Wan’s opinions on the source material’s legitimacy, but damn it, he’s made a great movie with genuinely creepy moments. I love that little room where the Warrens keep the relics they’ve accumulated over the course of their career… if that’s not a bubbling cauldron of imagination, I don’t what is.