Other possible influences come to mind towards the end, but including them in the list will only spoil the final act, which isn’t disappointing even though it becomes an entirely different movie… and switches tracks again mere seconds before the credits roll. 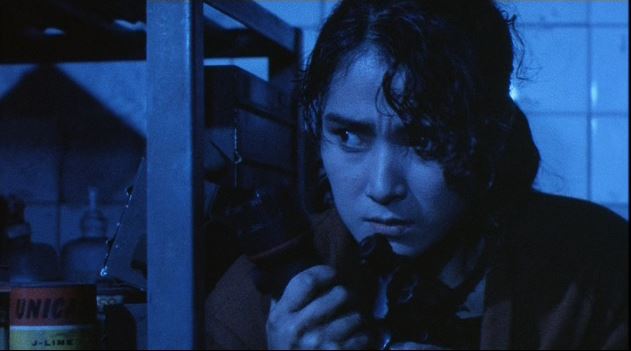 Evil Dead Trap sets you up to believe it’s a standard slasher film, but early on a character is impaled in such a manner it’s unreasonable to believe a single human was the culprit (the skewers come from three entirely different angles, one coming up through the floor). The strange happenings increase in frequency as the movie progresses, but each time we actually see the killer on screen it’s clear he’s not supernatural at all.

So is it a slasher film or a ghost story? The answer is yes, but even that bullshit answer is misleading. I’m not sure how to describe Evil Dead Trap, but if Dario Argento were born in Japan, I have a feeling his movies would have looked something like it. 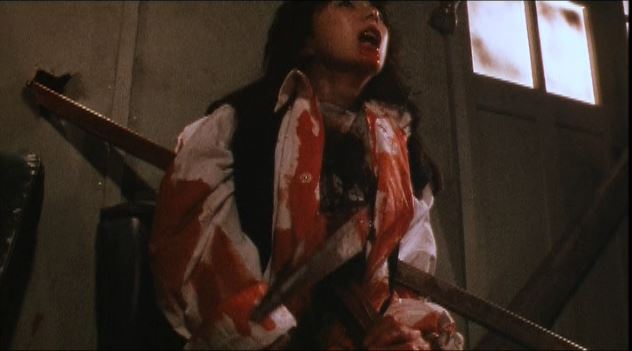 In the beginning of the movie a Japanese television host receives a genuine snuff film in the mail. Instead of forwarding it to the authorities, she and a handful of others go out to investigate the location where the video was shot. While they’re there, the characters are quick to split up so they can have sex and get picked off, one by one. I think that’s all I can say about the plot before giving away anything, which sucks because you probably just assume it’s a generic horror movie. It’s really not.

One thing that’s unique about EDT is the stylized horror: you’ll either appreciate its attempt to tighten the tension, one millimeter at a time, or be bored to death. It’s a kind of surreal, dreamlike pacing that makes the 105-minute movie feel much, much longer than it actually is and not necessarily in a bad way. Characters stumble around backwards all the time and one even sprains her ankle on the flattest of terrain. It’s the plot devices of a nightmare—and just about as coherent as one, too. 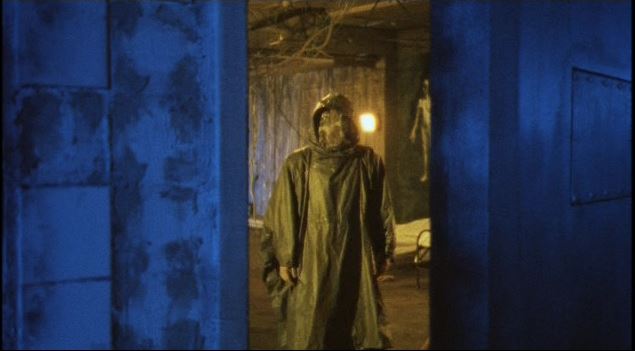 This is the hardest movie review I’ve ever written. Will you like Evil Dead Trap? I don’t have a clue. I’d have an easier time predicting whether you prefer vanilla or chocolate. I’m not sure I liked it. There are certainly things in it which are likable, and a few things that aren’t, and its attempts to defy formula should be commended even though the usual clichés are crop up quite a bit. But stepping back and looking at the picture as a whole only makes it more confusing and a lot harder to grasp… and somehow more likable.

I didn’t necessarily enjoy it while I watched it, but looking back, the camerawork and lighting looked great most of the time. It’s obviously made by good filmmakers. And there’s something that’s genuinely unsettling about it, which is a plus when talking about movies like this. Why I can’t bring myself to give it a more positive review, I just can’t say.