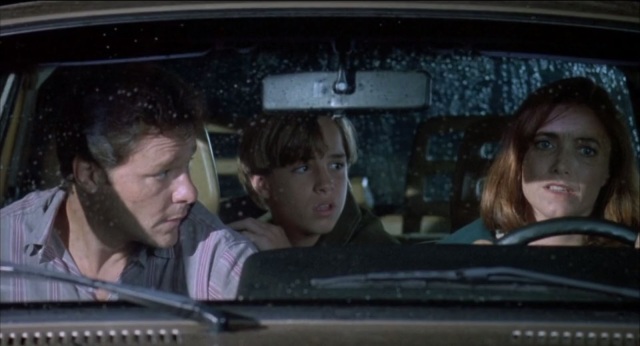 Oh wow, what a trip. I saw this one on pay-per-view a million years ago and just rediscovered it. It’s no less entertaining than I remember. When you assume a primitive understanding of early internet technology, and have characters saying things like, “it’s a mainframe computer company,” I’m in hog heaven. Really. This one fits in well with the other 90s-era technophobic thrillers, such as Shocker, The Lawnmower Man, Virtuosity, and Brainscan. In fact, that lineup of films would make an excellent movie marathon so long as your crowd is boozed up and rowdy.

A serial murderer, who the media has dubbed The Address Book Killer, is on the loose. Early on in the movie, TWA employee Terry Munroe (Karen Allen) loses—you guessed it—her address book. Even more predictable: the killer has acquired her contacts and plans on killing them one by one. On the way to the first address he loses control of his car and plunges into a cemetery, cackling hysterically. Taken to the hospital in critical condition, a lightning storm strikes just as the killer dies in a MRI scanner, allowing his soul to enter the hospital computer system and, eventually, the internet itself. 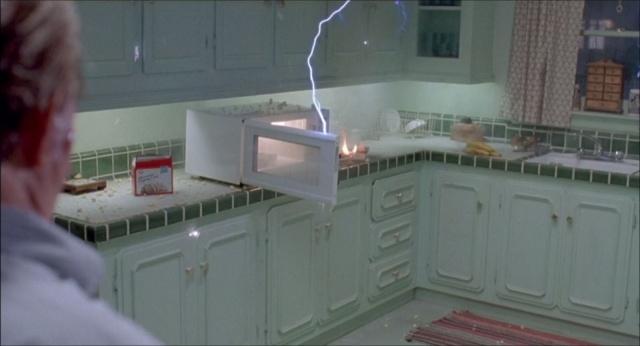 this is why Chuck McGill hates electricity

When Munroe realizes her acquaintances are dying in freak “accidents,” she teams up with disgraced computer hacker, Bram Walker (Chris Mulkey). Meanwhile her sex-obsessed son, who’s best friends with a kid played by Brandon Adams (People Under the Stairs), rolls his eyes at everything authority figures say while trying to convince his babysitter to bare her breasts. The kid’s also a con artist, a subplot which is forgotten almost as soon as it’s brought up. Arrested Development’s Jessica Walter plays the kid’s grandmother, which also proves kind of pointless, but fun nonetheless.

All that is beside the point. The real fun starts when the movie would have us believe everything in the early 90s was already connected to the “world wide web,” including ATMs, traffic lights, curling irons, and microwave ovens. At one point the killer’s data-geist slips into Munroe’s house while she’s away and terrorizes the family dog. The dog is just lazing around, as dogs do, when the television begins playing a program which makes the dog so horny he hunches the coffee table. You don’t have to look too closely to see the string the filmmakers tied around the dog’s hips to accomplish this special effect. See for yourself: 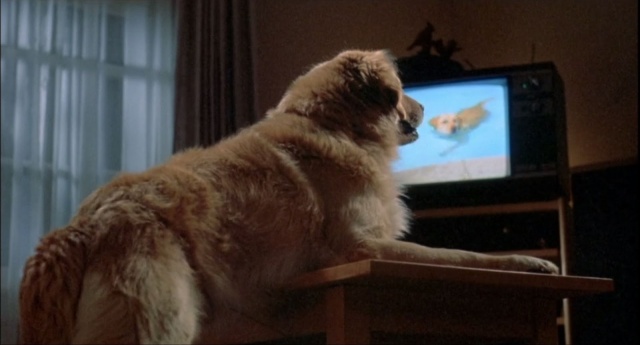 An entire production crew gathered around a table one day, seriously discussing how to make a dog to hump a coffee table. This is what they came up with.

I was also an unexpected fan of Rachel Talalay’s Freddy’s Dead and, a couple years later, Tank Girl, which appears to have found a cult following in the twenty-first century. Ghost in the Machine is the film Talalay made in between those two, which at first glance seems like a step down in absurdity. Then you get to the strange happenings, filmed Final Destination style, which concoct convoluted ways of putting the characters in danger. About fifty minutes in there’s a brilliant scene in a crash-test facility and it’s so wild I laughed for several minutes straight. Later in the film there’s a dishwasher with a digital readout so it can notify the audience when it’s entering its “EXPLODE” and “DIE” cycles. 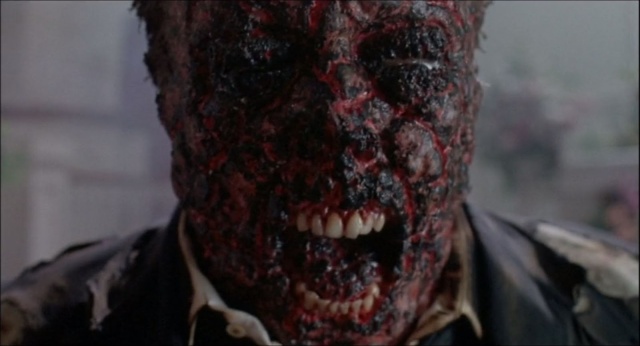 Talalay is clearly in on the joke here, but I’m not sure her stars got the memo, which is what makes it work so damn well. I’m going to recommend it to anyone who appreciates fine cheese.