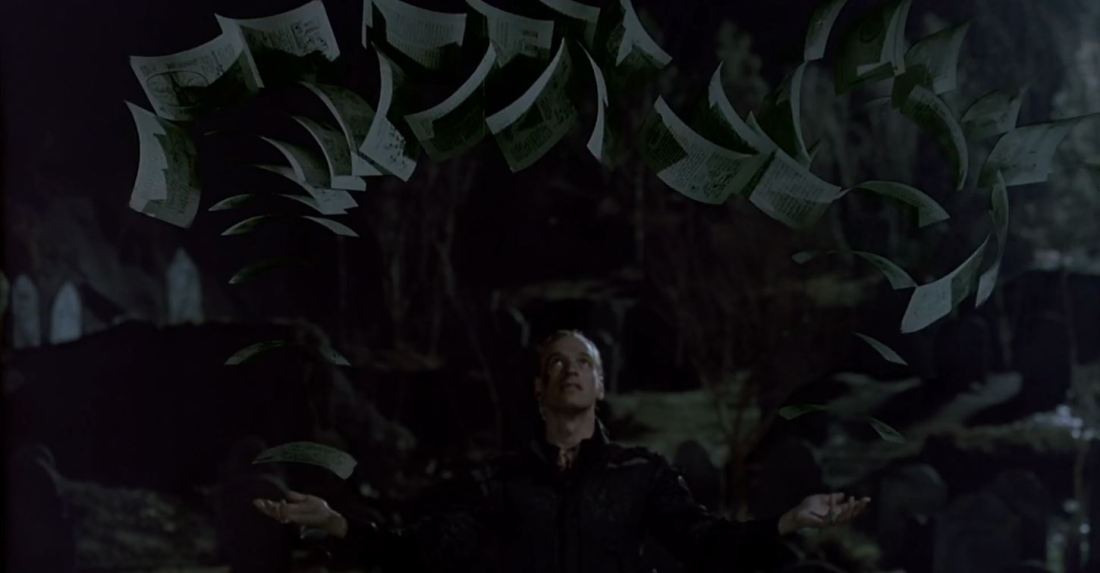 I said I got bored blogging about movies, but apparently I just needed a break. Today I have a recommendation for a movie I don’t see discussed much anymore. Now this is coming from the only person on the planet who genuinely enjoyed The Wishmaster 2, so my opinion on anything should be taken with a grain of salt: I rank Warlock among the best witchcraft movies ever made. Warlock may very well be where my love for the subgenre began in the first place.

In 1600s Massachusetts, the meanest warlock in history eludes execution by casting a spell which whisks him away from the tower where he’s contained. Witch hunter Giles Redferne fearlessly chases the villain through the portal, but it turns out the spell is amiss and the two find themselves stuck in 1980s Los Angeles. The hero has a much harder time dealing with the culture shock: when the LA police arrive to question him, he lamely attacks them with his whip, which is no match for a stun gun. 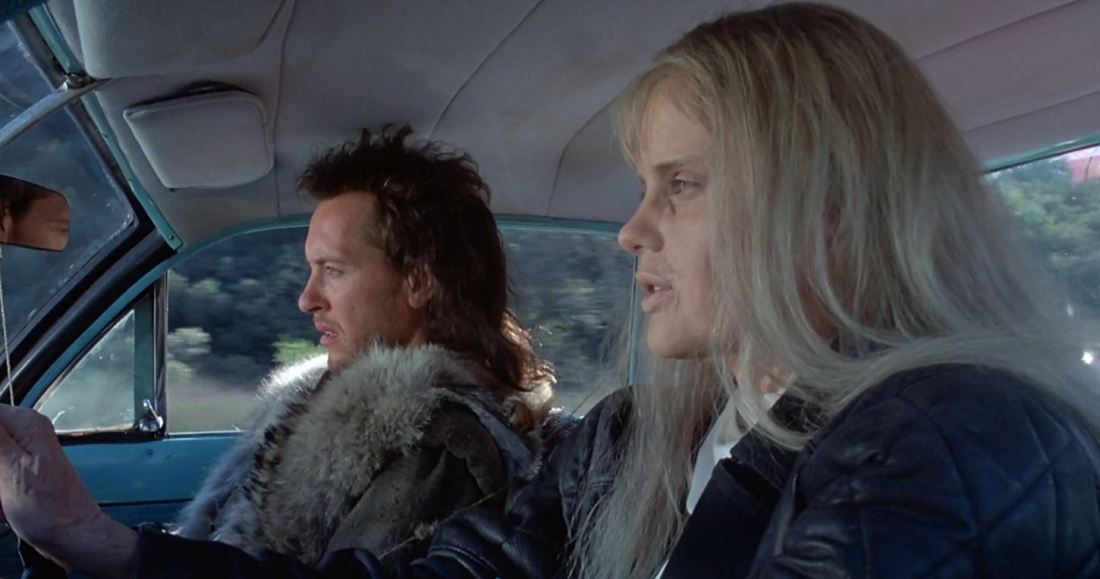 As the warlock travels the countryside in search of a book which will allow him to undo creation, he casts a spell on the female lead, a spunky young woman named Kassandra: she’ll age twenty years everyday, which means she’ll die in half a week, tops. Hair graying and face wrinkling, Kassandra teams up with the witch hunter to reclaim her youth and save the universe. One of the many things that sets Warlock apart from the sensibilities of its era is that its lead female appears in old age makeup for a sizable chunk of the running time. Meanwhile, most of the horror scenes take place in broad daylight.

That’s exactly what makes Warlock so fun: its creativity. The warlock keeps a pair of eyeballs which look in the direction he needs to go; later, the prude witch hunter is faced with desecrating his own grave due to the plot’s time traveling shenanigans. During an amusing chase sequence across a Mennonite farm, the witch hunter reveals that hammering nails into a warlock’s footprints causes him pain, which is a bit of lore that feels like it belongs in a classic fairy tale. The movie is intentionally goofy at times, such as when the witch hunter insists on carrying a weather vane onto a commercial airliner, but though it plays it fast and loose with the logic you never feel insulted… except maybe during the scene in which Kassandra defeats a credit card machine by simply unplugging it.

A lot of people compare Warlock’s time traveling plot to The Terminator, but I feel the spirit of the movie is a lot more like Time After Time, the fun fantasy film in which HG Wells (Malcolm McDowell) follows Jack the Ripper (David Werner) into 1970s San Francisco. This film, like that one, features two great leads cast against type: Julian Sands and Richard E. Grant, who are far more entertaining to watch than the teenage leads who normally populate films like this.