Strap in, folks. It’s another “who needs bathing suits for swimming?” movie which somehow manages to show absolutely no nudity whatsoever. I mean, why even have that scene at all if everybody’s just going to be bobbing lazily up to their necks? No playful splashing? No horsing around? ZZZzzz….

The teens of Tourist Trap, which I happen to think is a great generic title for a horror movie, go skinny dipping after their Volkswagen Type 181 breaks down in the middle of nowhere. Chuck Connors, playing an overall-wearing good ol’ boy, happens upon the kids and warns them about the moccasins who nest in the very water they’re swimming in. Cut to: everybody fully clothed and miraculously dry, and Connors offers them a ride to his home.

His home, as it turns out, is a “museum” full of all manner of junk. The overwhelming majority of his collection seems to be mannequins, which the movie calls “wax statues,” but nope, they’re everyday department store mannequins. One of the mannequins looks suspiciously like his dead wife and its “wax” feels a lot like flesh. You can see where this is going, yes?

I’m usually careful with spoilers, but it’s hard to extend that rule to anything that’s so shamelessly derivative of Psycho. Tourist Trap thinks it’s pulling a fast one on us, but anyone who’s ever seen a movie will know, almost immediately, that Chuck Connors is the killer. It’s as obvious as a punch to the face.

Yes, The Rifleman is the killer. The movie initially wants us to believe the strange happenings are caused by Chuck Connors’ unseen brother, but we all know better. My fucking dog probably called it, too. I don’t know if 80s filmmakers really thought audiences were this stupid or if they just didn’t care. (Considering the film’s director ain’t no slouch, I’m wondering if it’s somehow supposed to be satire? No, that’s stretching far.) The “big reveal” is so obvious, in fact, they don’t even save it for the end, but give it to us two-thirds of the way into the movie. 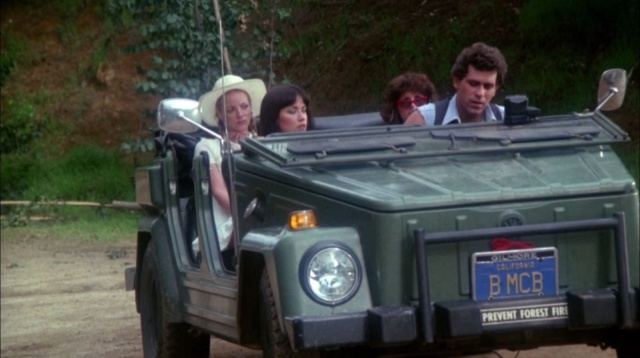 Then it actually becomes a fun little movie. You get to see Chuck Connors dressed as a wonderfully bizarre mannequin, playing with dolls, and chewing the scenery in the best way possible. The only reason I can’t give it a recommendation is it’s too little too late and only leaves you wanting more. They had such a great gag here, but more or less squandered it for an hour of the ninety-minute running time. Oh well. It was fun while it lasted.