Here’s everything I knew about Nick Cutter’s The Troop when I started it: it was a horror novel which people seemed to like. That’s pretty much it.

I thought it was going to be about a viral outbreak and, without giving too much away, it kind of is, but it’s more parasitic in nature… and kind of gross, too. In other words, it was right up my alley. It was a bit of a stretch to believe such a thing could find itself on the same island as a character like Shelley (this little fucker deserves a cell next door to Hannibal Lecter), but it was worth suspending my disbelief. If, like me, you had trouble enjoying Stephen King’s Dreamcatcher, this is a much better version of that story.

Growing up, I was inexplicably drawn to the cover of Arthur C. Clarke and Gentry Lee’s Rama Revealed when I saw it sitting on the shelf of a book store one day. When I realized it was a sequel, I convinced my mother to order the first in the series, Rendezvous with Rama, at Steve’s Sundry (R.I.P.). The rest is history: I annihilated the series and I’ve been a fan of Clarke and science fiction ever since. I even loved the sequels as a kid (though I’ve never been able to get into them as an adult) and I’ve been forever chasing the high that first book gave me.

I love superstructures and I love big science fiction. The harder the better. I’m increasingly turned off by the self-aware geek-chic SF of today, which seems to be suffocated by pop cultural references and nostalgia. I want academic characters talking about real world theories and all the known unknowns and unknown unknowns, and everything in between. 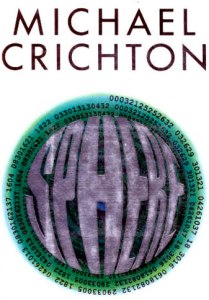 Over the years, the itch has been scratched here and there. Asimov’s Foundation (though I somehow never read beyond the first book) did the trick. Larry Niven’s Ringworld and The Ringworld Engineers did okay, too (let’s just pretend the series ended there). More recently and unexpectedly, however, Michael Crichton’s Sphere kicked all kinds of ass for me, mostly because I’ve had a love-hate relationship with Crichton’s work… also because I have no idea what possessed me to read it. It’s kind of like Rendezvous with Rama if it had been written by James Cameron.