A note about the screenshots in this post: I forgot to take them from the movies when I had a chance so I pulled them from Movie Timelines’ excellent YouTube channel. This guy may not have the best audio and video quality, but he offers a fun way to revisit movie franchises. (I’m going to throw a shout-out to Screaming Soup as well, for no other reason than I feel like promoting YouTube channels today… I’ll drop two more recommendations in the Critters 2 review.)

Oh, how I used to love Critters. No, I wasn’t too stupid to realize it was a Gremlins cash-in, but a lot of the movies I like are cash-ins. Thankfully, there’s a distinction to be made between good cash-ins (such as Lucio Fulci’s Zombie) and lazy ones (such as Critters 4).

I’m not saying Critters is a great movie, but when there’s fifteen hundred movies about vampires and werewolves, don’t we have room for a handful of movie series about pet-sized monsters? Yes, the Gremlins series is better (and surprisingly darker than Critters despite its relative lack of blood), but that’s like going out of your way to say a fine restaurant is better than McDonald’s: sometimes you just want a Quarter Pounder with cheese and a lot of the time it’s much more satisfying. You’ve also got all the other fast food chains to choose from: Ghoulies, Hobgoblins, Munchies, Elves, the little monsters from The Gate, Cat’s Eye, and, one of my favorites, Trilogy of Terror.

That’s a lot to choose from, but the situation is far from saturated. I’m just saying: more tiny monsters, please. And in the meantime, Critters is one of the better examples of the sub-genre.

The Brown family are the wholesome types, living on a farm in the countryside. Dee Wallace and Billy Green Bush are the parents while M. Emmet Walsh plays the sheriff. (Lin Shaye and Billy Zane are in this, too.) Then there’s the town drunk, named Charlie, a gap-toothed buffoon who becomes the unlikely but likable hero of the series. Unbeknownst to these earth-born characters, a couple of intelligent aliens known as krites have hijacked an extraterrestrial spaceship and hightailed it to our planet in order to feast on humans.

Then a couple of alien bounty hunters come to Earth to exterminate the krites. These guys are face-shifters who can look like anyone they want. One assumes the face of a popular rockstar while the other tries on the style of just about everyone he meets. He eventually chooses to look like Charlie, which really doesn’t have anything to do with the plot… I’m not sure what they were going for here.

A couple things to admire about movies in the 80s: they still had slow-burn beginnings and didn’t require a bazillion dollars to entertain us. But let’s point out a couple of bogus things, too: the movie straight-up rips off a scene in E.T. in which Elliot artificially warms his thermometer in order to play hooky (funny that both movies should feature Dee Wallace). Then, it rips off a scene in Gremlins which references E.T…. not once, but twice.

Enough nitpicking. Here’s what great about the mischievous krites: they talk. When one of them is blown away by a shotgun, the other exclaims in an alien language: “Fuck!” No, their antics aren’t quite as hilarious as the gremlins’, but they’re a load of fun and The Chiodo Brothers’ simplistic effects are far better and effective than they have any right to be.

I clearly remember the day Critters 2 showed up at the local video store because I just about crapped my pants. I’ve said before that I admire its director, Mick Garris, and you can do worse than spending an afternoon on his official YouTube channel. What I like most about Garris is he’s a genuine horror nut. He took part in Joe Dante’s Trailers From Hell, unabashedly describing this, his maiden film, as “a low-budget sequel to a rip-off of Gremlins.“

So the Browns have moved since the original film, but the son (now a teenager) has returned to town in order to visit his grandmother. (This is really just a nice way of saying most of the other actors passed on the sequel; interestingly, M. Emmet Walsh’s character is now played by Barry Corbin, which has gotta be one of the least distracting actor replacements of all time.) It turns out the eggs we saw at the previous cliffhanger have an incubation period of two years, which makes you wonder how the two critters in the first film turned into roughly a dozen in a matter of minutes.

Charlie the drunk has cleaned up his act since the first movie. Although we clearly saw the bounty hunters leave Earth without him, it’s established early on that he’s actually been going on space adventures with them. As expected, when the eggs inevitably hatch, the trio of bounty hunters return to Earth and start shooting the town up. Ug, who assumed the appearance of an earth-based musician, is still rocking the same face but radically different hair. His partner Lee changes his/her face numerous times throughout the picture without rhyme or reason. Again, I’m not even sure what the writers were going for with this face-changing stuff, but whatever.

The film takes place over Easter weekend and, due to a series of unlikely events, krite eggs are hidden for the little children to scavenge. Sounds like an awesome premise, but the movie never really does anything with it. (There’s actually quite a few of these anti-payoffs, particularly toward the end… there things happen only to be rendered pointless seconds later.) The cute little bastards hatch, wreak havoc, and the Easter egg hunt is never mentioned again.

Here’s the level of character stupidity we’re dealing with here: in one scene, the sheriff is attacked by krites, who managed to get inside his Easter Bunny costume, and thrown through the window of a church. Someone suggests it was a farm accident. Yeah.

Although this one doesn’t outright copy Gremlins like the original did, it certainly feels a lot more like Gremlins in the way the krites go about their shenanigans. Once again, the absolute limit of the PG-13 rating is pushed as Garris gets away with full-on breasts and a surprising amount of gore. I like the look of the original film better, mostly because I prefer night scenes, but the creature effects are just as good if not better. 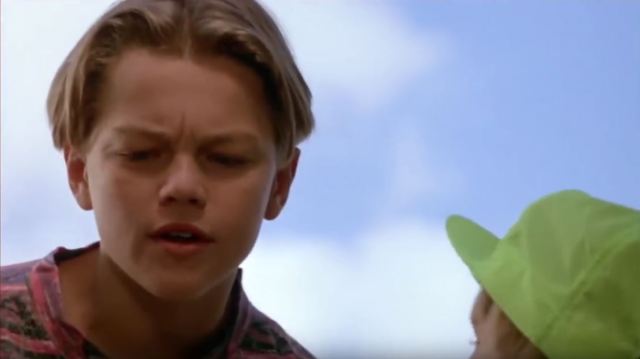 Yep, that’s Leonardo DiCaprio in his first feature. (How he didn’t win the Oscar here, I’ll never know.) He plays the son of a vicious landlord who’s evicting all the tenants from his rundown apartment building. What they don’t know is a fresh batch of krites have just moved in and they’re about to feast on the remaining dwellers… slowly and boringly.

I remember catching this on TV one weekend. I eventually got bored and decided to play Nintendo instead. I wouldn’t say straight-to-video sequels are the bane of my existence—I liked at least one of the Universal Soldier followups and didn’t completely hate Hellraiser: Deader—but it’s usually a safe bet they’re going to suck.

Critters 3 isn’t an exception, although it has its moments. As usual with the franchise, the best part is the critters themselves. The creature designs look creepier than ever (the red eyes have never been as vibrant), but there’s a slight reduction in the puppetry itself, probably because the filmmakers didn’t have the budget or the schedule they had on previous movies.

The second best part of these movies is Charlie, but in this one he only appears in the beginning and at the end. I appreciate they were trying to do something different, but it was the wrong decision nonetheless. The final product is neither good nor bad enough to entertain, but I was less offended by its mediocrity than most unnecessary sequels.

There really isn’t any more to say about this one. 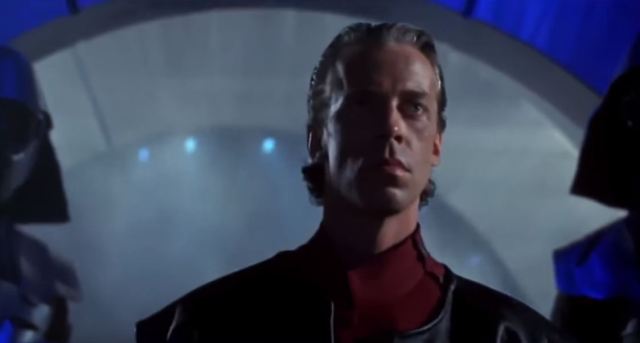 Hey, look! They shortened the wait between movies! That must mean this one is especially great!

At the end of the previous film, Charlie was contacted by Ug, via space telephone, and told he couldn’t destroy the final two krite eggs because it’s against intergalactic law to extinguish an endangered species. Charlie’s orders: wait for an autonomous pod to arrive and store the eggs for safe keeping. Critters 4 picks up immediately after this cliffhanger and you’d expect it to retain some of the momentum—what little was left—but it drops the ball immediately.

When he climbs in to store the eggs, the cryogenic pod malfunctions, freezes Charlie, and takes off for deep space. For reasons not explained (or maybe I was sleeping during the explanatory dialogue) the pod never makes its way to its intended destination. Instead, it’s coincidentally picked up by a far-future group of space travelers, including Brad Dourif and Angela Basset.

I didn’t pick at the earlier films, not because they were without flaws, but because they were fun. I’m going to pick at this one because I hated every second of it. For one, these people have no idea how mindbogglingly big space is. Two, they have perfected cryogenic freezing biological organisms, yet the entire crew remains awake for a space trip which takes years?

My mind was so bored I began to long for the previous films, which actually had a bit of worldbuilding in the background. You got the feeling Ug and company were going on crazy adventures every week, that there were worlds much more interesting than earth, that there were critters out there far wilder than the krites. It all could have been spun off and woven into a rich, expanded universe—comics, books, TV shows—but instead the series ends with a painful whimper.

In fact, I’d rather see something new in the Critters universe than an unneccessary Han Solo spin-off. But it seems the owners of the Critters IP were so tired of it, they were intent on killing it forever.