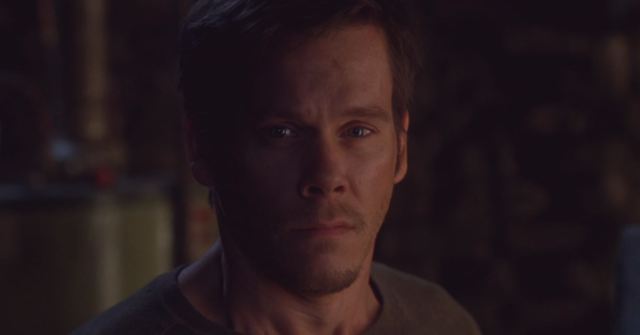 When Stir of Echoes was in theaters, I begrudgingly went with a friend (he had a car and I didn’t at the time so… yeah). I’m not sure why I didn’t want to see it at the time. I ended up liking it, but this time I’m utterly impressed.

First of all, I’m a bigger fan of Kevin Bacon now than I was before. The guy has a lot more range than your typical name brand and he doesn’t get enough credit for the things he does with his voice. Bacon straddles the line between movie star and character actor quite evenly. 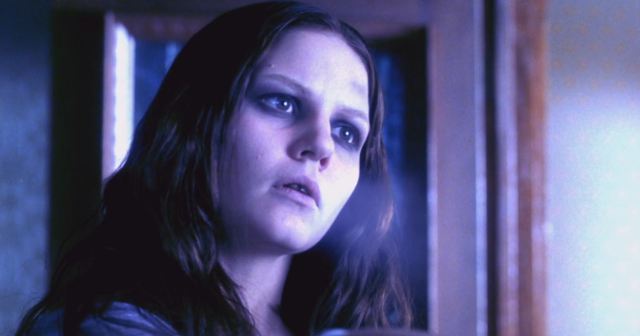 Here he plays a blue collar lineman whose dreams of rock stardom become more and more unlikely the older he gets. He struggles to smile when he discovers his wife is pregnant and about the only fun he ever has is getting drunk at block parties and high school football games. It’s at one of these parties that his sister-in-law (Illeana Douglas) puts him in a hypnotic trance with the intention of “opening his mind.” Unfortunately for Bacon, she’s pried it open a little too far and he soon sees things not meant for mortal eyes.

What we get is a supporting cast of believable characters played by a bevy of familiar faces. David Koepp’s word play make these people all the more likable. Outside of the magic negro trope, which seems ripped out of Kubrick’s The Shining, there’s rarely a misstep and I was glad I had forgotten enough in the years since I first saw it to be surprised again. This isn’t to say the reveal at the end is particularly good, but it’s not as bad as I remembered, either. 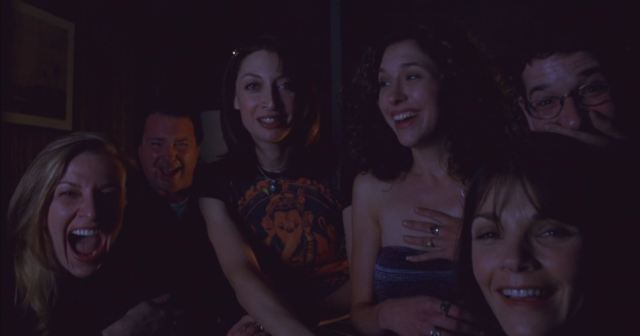 I think what’s most interesting about Stir of Echoes is that you’d expect it to be a lot more wholesome considering Koepp’s past work, but he pulls no punches. There’s not a whole lot of gore in the movie, but the imagery he pulls off is genuinely unnerving. So don’t let the gore rating give you the wrong picture: the stuff in this movie is way more effective than the kitschy kind of gore I designed the scale for in the first place.