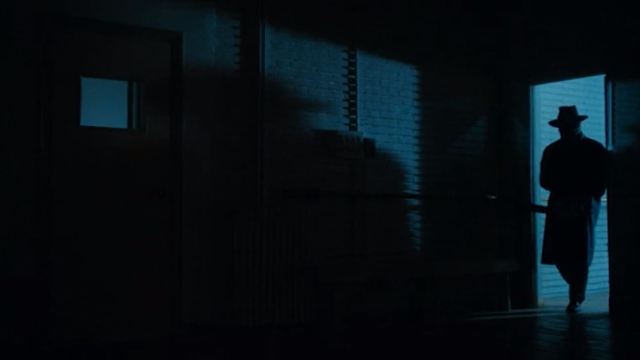 Boston, 1942: a mother catches her son with pornographic material and wrecks his room in a fit of rage. With measured calmness, the boy axes her to death and hacksaws her head off. When the police arrive the boy is found trembling in a closet, making up stories about a killer fleeing the scene of the crime. The cops buy it.

Fast forward to the 1980s: a college girl is sunbathing on the grass as a figure stalks about the trees. We’ve seen this before: the figure will turn out to be a voyeuristic groundskeeper or a dimwitted boyfriend, but not the killer. You can rest assured there probably won’t be another kill for at least twenty or thirty minutes… in other movies. In Pieces, however, the figure leaps from the bushes and lops her head off with a chainsaw. In broad daylight no less. 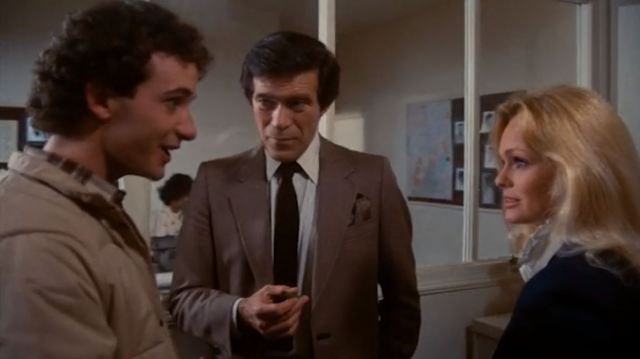 The homicide detectives arrive and that’s when the movie becomes a serviceable whodunit. The pool of suspects include the dean, a handful of students, the groundskeeper, and an oddly composed professor. You’ll think you know who the killer is, but Pieces might just surprise you.

Let’s examine one of the best poster lines of all time: “Pieces… it’s exactly what you think it is.” More accurately, for fans of 80s slasher flicks, it’s exactly what we want it to be. Aging TV actors? Check. Hilariously stilted dialogue? Double-check. Thrills per minute? Check, check, and triple-check. All this with a heavy pinch of the Italian horror music. 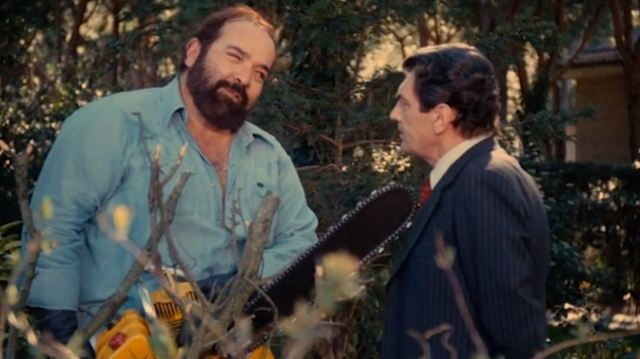 Pieces is a stand-out in what was perhaps the most saturated year of slasher flicks. The reason it stands out is because it’s not what you think it is… unless you’ve somehow never developed a cold cynicism after being burned by the abundance of gratuitously slow, stupidly boring slasher movies. In fact, calling it a slasher movie is a disservice; Pieces is straight-up exploitation of the I-can’t-believe-this-got-made variety. It shares more in common with Hershell Gordon Lewis and Frank Henenlotter than Sean Cunningham and Wes Craven. I’m not saying one flavor is objectively better than the other, but this is the kind of shit I love.

With great special effects and an unwillingness to pan away, it’s one of the rare movies which lives up to its scuzzy promotional materials. That alone deserves accolades. Easily the purest and most enjoyable gore movie I’ve featured since Blood Rage.