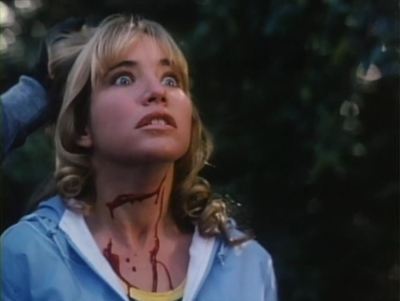 Sturgeon’s Law states that “90% of everything is crap.” In the case of Troma Entertainment’s vast library of films, that number is far higher than 90%… and this is coming from a pretty big fan of Troma. In his book, Everything I Need to Know About Filmmaking I Learned from the Toxic Avenger, even Troma President Lloyd Kaufman says most of their movies are shit.

Graduation Day is shit, too, and I’m left scratching my head at the relatively decent user rating on Amazon. To be fair, it’s slightly easier to get through than the worst slasher movies, and there are amusing moments to be had unlike the entirely soulless Madman which I begrudgingly featured last year. As a bonus, you get to see Christopher George at the end of his career and Vanna White and Linnea Quigley at the beginning of theirs. Wikipedia claims the movie cost an estimated $250,000 and made almost $24 million at the box office, which kind of makes me wonder why Troma is broke all the time. 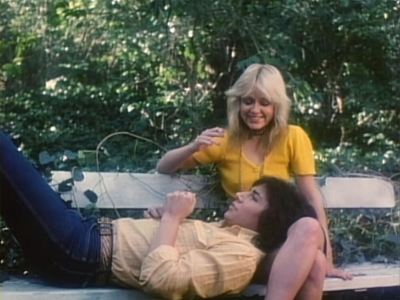 A teenager on the high school track team collapses and dies after finishing a race. The girl’s older sister, Anne, returns home from the Navy. Her father is a vicious drunk and her mother’s a spineless enabler. None of this has anything to do with anything. Neither does the scene in which Anne is assaulted by a truck driver who spouts a lot of nonsense about “lesbos.” Really: a lot of the movie is one unrelated scene after another, especially during those first thirty minutes.

In the beginning they want you to think Anne is the killer. Then they suggest the principle, a security guard, and eventually implicate a classmate. When the movie finally reveals the killer, you won’t care enough to be shocked. Meanwhile the visual quality is absolute shit, which is to be expected from Troma; they seem to have less knowledge about video codecs than a beginning YouTuber. 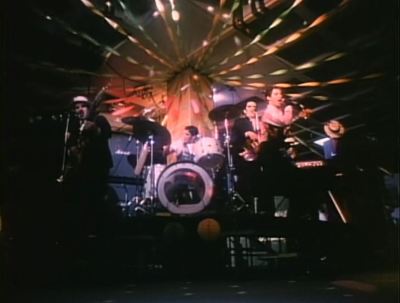 It’s not all bad, though. There’s a decent kill about thirty minutes in, decent in the sense it’s entertainingly bad. There’s a hilariously bad (great?) musical number which is cleverly edited to another death sequence. There’s a kill involving a creative use of a pole vaulting pit. The opening credits are quintessential Troma cheese. And that’s about all this movie has to offer.

I’m glad I’ve finally seen it, just to say I have, but if you’re not a completionist you’ll do better to move on.