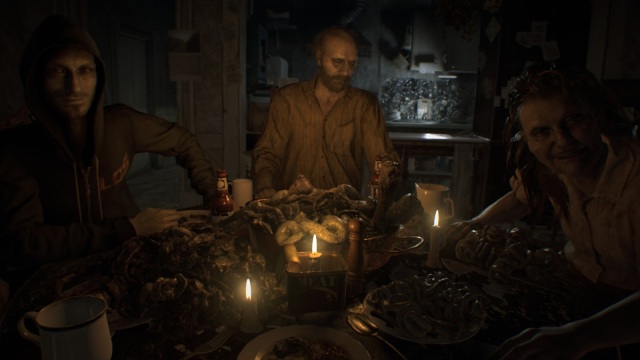 My first disappointment came immediately after launching the game: a text screen asked me to create save data and I couldn’t select the “YES” option until I plugged in a gamepad. Once I plugged the gamepad in, the mouse cursor appeared and I was able to continue with the keyboard and mouse.

I miss the spooky voice intoning “RESIDENT EEEEEVIL” when I start a game. Why abandon one of the game’s most memorable trademarks.

Motion blur is turned on by default and I’ve never been a fan of motion blur in a game. I can only imagine how nauseating it must be in a VR headset. Changing the FPS option from “VARIED” to “60” made the mouselook feel a lot more natural and responsive. Besides upping the FOV, I left the other settings on their default values and the game looks and feels great.

The controls are responsive, and the times you get stuck in a deliberately paced animation have been significantly reduced… no more waiting forever for a door to open up.

I can’t believe how fast this game loads from the desktop. Loading times in general are exceptional.

At times, the main character sounds awfully causal about a lot of the fucked-up going-ons.. he simply isn’t emoting enough fear (to give specific examples would spoil some of the surprises). I feel this is a voice directing issue rather than an acting one. Otherwise, the voice acting is good, sometimes great, but the dialogue and the character writing is frequently weak. The game indulges in various horror movie cliches, such as the dumb cop who gets himself killed before calling for backup (that’s not a spoiler for anyone who’s ever seen a horror movie… it’s immediately obvious that’s what’s going to happen).

I am really digging the Texas Chainsaw Massacre vibe. 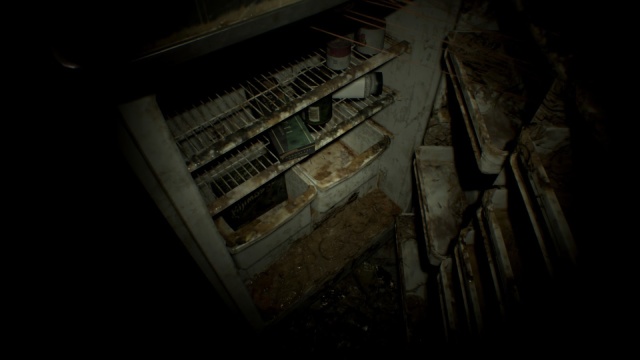 I like that the game gives you more bullets than the first handful of installments did, but fewer than the action-oriented sequels. (Not that bullets do much good in most situations.) It seems to balance the frustration and suspense factor a lot better, too.

I grew tired of the hiding mechanic in Alien: Isolation. Haven’t grown tired of it here yet. You’re not hiding in lockers, but staying crouched and almost always moving.

Instead of saving at typewriters, you save at cassette players, which are found few and far between. You don’t have to worry about collecting limited ink ribbons, either. (Horror games which allow you to save freely can get fucked.) The punishment of having to replay certain sections upon death gives the experience legitimacy. Thankfully, this aspect is also balanced well… it’s frustrating, but not fun-breaking.

The map design is brilliant. It feels like a first-person Metroidvania style game in the way you progress and backtrack… the environment is always changing, which opens up new paths to old checkpoints and points of interest. Other games in the series have done this, too, of course, but it’s just so much more refined now.

Occasionally you pick up a VHS tape and play it in a VCR to get additional chunks of the backstory. The ensuing cutscenes require player input, which kind of breaks the immersion for me. I would rather watch the cutscenes through the main character’s eyes than play as secondary characters. Imagine trying to watch a tape for important clues while constantly checking over your shoulder for ax-wielding maniacs.

In one of the aforementioned cutscenes, it seems more like the demo, in which the game favors trial and error to skill. (At one point I didn’t really know what I was supposed to do until a hint on the death screen told me.) In the game’s defense, I haven’t played it long enough to see how important this gimmick will become later on, if it all.

Puzzles. I’m getting bored of puzzles in video games, but they haven’t annoyed me in this installment… yet. I love that, during one of the complicated puzzles, the main character wonders aloud: “Who the hell makes this shit?”

I have a feeling this game’s going to be short or repeat itself by the end. The richness of it seems too great to sustain for several hours.

That’s it for now. I can’t wait to get back into it tomorrow.