Director Frank Henenlotter insists he makes exploitation films, not horror. The line is blurry in Basket Case and Brain Damage, but Frankenhooker made the distinction a little bit clearer. With Bad Biology, Henenlotter goes all the way. This is technically not a horror movie, but it should certainly appeal to the fans of the genre.

The paradox of Bad Biology is A) you should see it without knowing anything about it and B) you really ought to know what you’re getting yourself into. It’s easily the most offensive movie I’ve featured this month. The most offensive thing for gross-out veterans will be how the lighting and the camerawork take on a soap opera quality while the abundant voiceovers sound rushed. For most viewers, however, the offending material will probably be the rampant psychosexuality and violence toward mutant babies. 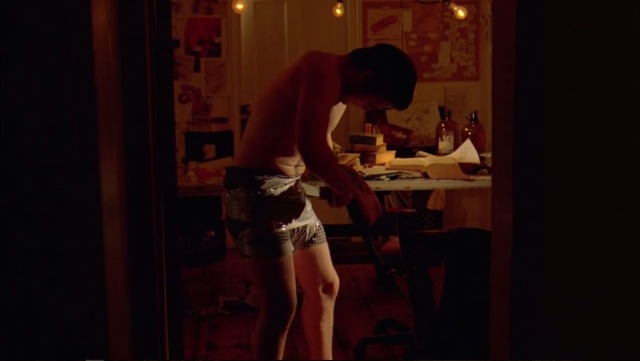 The main character, Jennifer, is a sex addict with an abnormal vagina. Not only is she helplessly compelled to sleep with strangers every night, she frequently murders them before giving birth to a baby two hours after its conception. You read that right.

Then there’s this guy nicknamed Batz on account of him being bat-shit insane. His penis was accidentally severed at birth and although the doctors managed to reattach it, it never quite worked right again. In an effort to rejuvenate his beloved member, he began experimenting with steroids and other drugs. Now his penis has developed a drug deficiency and, inexplicably, a mind of its own.

You remember the phallic rocket gag in the Austin Powers movies? There’s a scene kind of like that near the end of Bad Biology. To say more would give it away, but it’s much funnier because it doesn’t require cheap cameos to sell it (only cheap effects). Just when you think the sequence is over, it starts all over again, and the sheer stupidity of it makes you snicker. A lot of R-rated Hollywood comedies certainly try to be as outlandish as Bad Biology, but Henenlotter does it effortlessly. 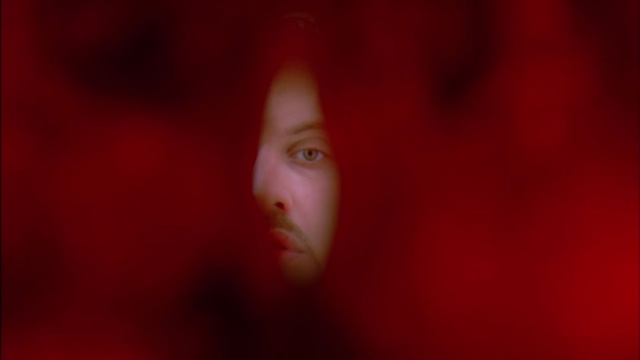 Henenlotter’s done this shot from baskets, zippers, and now the holiest of holies

Obviously Jennifer and Batz are made for each other, but they don’t even meet until the second half of the movie. That may sound like the movie plods, but it doesn’t. It’s actually one of the best modern exploitation films I’ve ever seen. It’s also one of the shittiest-looking. No, it’s not quite as shitty-looking as yesterday’s Video Violence, but movies like that get a pass because a bonafide film shouldn’t look as bad as Bad Biology does. Thankfully, the offensiveness of the cinematography all but disappears by the end of the movie.

I can’t think of many genuine exploitation movies made in the 21st century. Bad Biology gets a ton of points for pulling that off. Despite the gore and the bizarre subject matter, it’s a cute little picture. Now it’s time for Basket Case 4, Frank. We all want to see it.