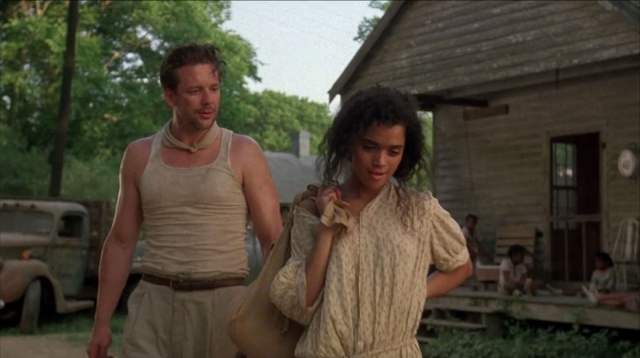 Why does black magic, devil-worshiping, and detective noir go together so well? I don’t know, they just do. There are few genre mashups I like more than hard boiled horror. This one reminds me of Jacob’s Ladder, The Ninth Gate, and Lord of Illusions, all three of which seem to be divisive movies that keep drawing me back in. If those aren’t your cup of tea, neither is Angel Heart.

Mickey Rourke plays Harry Angel, a morally ambiguous private detective in 1950s New York City. He’s just been hired by Louis Cypher (Robert De Niro) to track down a missing person by the name of Johnny Favorite. Cypher’s reason for wanting to find Favorite is vague at best, but he’s offering Angel five thousand bucks to do it. So even when some of Angel’s leads start turning up dead, he needs the money too bad to quit. 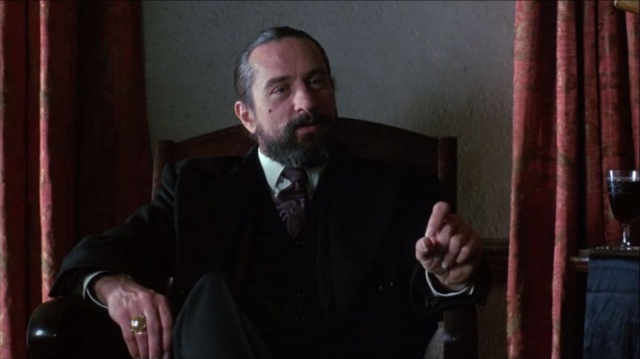 Here’s something I’ve been thinking about this a lot lately: What’s the difference between a trope and a cliche, anyway? The simple answer is we like tropes. They’re the elemental building blocks for a specific mood. Like Jacob’s Ladder, Angel Heart is a master of mood, but more than anything it’s a master of imagery. Watch it a second time and those nightmarish images will start to make a little more sense, yet somehow the film becomes even more unsettling with coherence.
It’s darkly funny at times, too. When his investigation leads him to New Orleans, Angel falls under the scrutiny of a couple of Louisiana homicide detectives who’re trying to finger him for the murder of a musician who choked to death on his own severed genitalia. Later, they harass him for the murder of a woman who, they claim, “Died under similar circumstances.” Angel squints at them before replying in his Brooklyn accent, “She choke on her dick, too?” 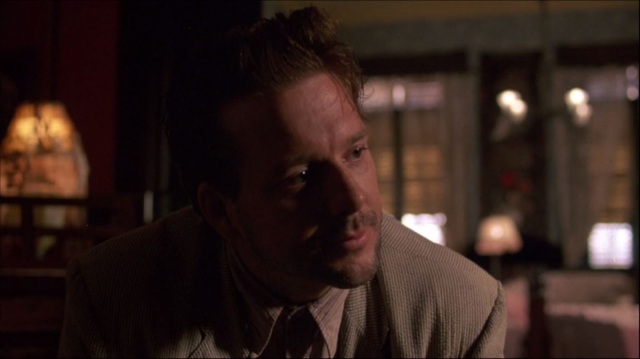 If the movie breaks down anywhere, it’s in the end when Angel starts piecing together the puzzle. It’s something we wouldn’t have seen much around the time of its release, but nowadays it’s all becoming a little too old hat. Doesn’t matter. Angel Heart is still one of the best horror films ever made.