Here’s a movie which was reportedly made for a little over $700 ($1,000 CAD according to Wikipedia). Yes, it’s probably the cheapest looking movie I’ve reviewed all month, but it certainly doesn’t look like they only spent $700 on it. I would have guessed the budget was at least twice that.

Manborg’s influences include Star Wars, Robocop, Shadowrun, Mortal Kombat, DOOM, Hellraiser, and The Running Man, and that’s only to name a few. The cyberpunk costumes are made out of spray-painted duct tape, plumbing parts, and a handful of communications electronics the producers likely found lying around thrift stores. The hovering robot which patrols the holding cells is obviously a modified action figure, animated with stop-motion, and the set designs utilize everything from CGI to cardboard and glue.

And guess what. Manborg is probably one of the funnest movies I’ve watched this year.

I’ve heard of Astron-6, the small production company behind Manborg and the Troma-distributed Father’s Day, but this is the first movie I’ve seen from them. It reminds me of another ultra low budget spectacle called The Taint, which indicates a movement of poor moviegoers who are likely pissed off studios no longer make entertainment for adults. 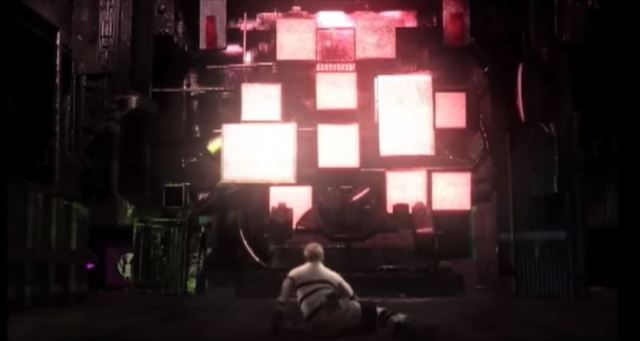 Manborg opens with a hilariously cheap-looking war between humanity and Count Draculon, who’s leading an army of mutated (or something) Nazis straight out of hell. The character who will later be resurrected into Manborg witnesses his brother’s death mere moments before his own. When he wakes up, now a cyborg, he and a ragtag crew of misfits are forced to fight in a gladiator arena for hell’s amusement.

The supporting characters include a Liu Kang knockoff, whose voice is dubbed by an obviously caucasian actor (a nice touch), a female kung-fu assassin, and an illiterate pseudo-Australian with a penchant for revolvers. There’s a little too much mugging and winking for the camera, but that’s a minor complaint because most of the movie is wisely deadpanned, which makes it feel a bit more authentic.

Hollywood isn’t making movies like this. The exclusion of production value is a small price to play for something so incredibly kick-ass.