To say I love Blade Runner would be an understatement. The Final Cut is my second favorite movie of all time. I love the look of the film, the music, and the casting is perfect. Not only do the special effects hold up, they’re better than damn near anything that came out in the last few years. I can read about the production (particularly the set design) for hours at a time. “I’ve seen things… you people wouldn’t believe,” is one of the most insightful lines ever spoken in a movie—something I think about almost everyday. It’s also why I thought Ex Machina was the best movie of 2015. That movie, in turn, made me realize a Blade Runner sequel could still have a lot left to say.

If you’ve never seen Blade Runner, the inferior theatrical cut is currently on Netflix. I suggest skipping that version. Pay money to see The Final Cut, preferably on Blu-Ray.
Spoilers below.

For anyone who’s seen the proper version, the “vague” question posed at the end gets a lot of attention. I would argue there’s nothing vague about it at all—Deckard is a replicant. Period. With that in mind, my initial reaction to news of a sequel was, “Why?”
I’ve been slowly coming around. Ridley Scott isn’t directing it, which I think is a wise idea. The disappointment of Prometheus aside, I just don’t think he’s in the same head space he was in three decades ago. I’m not saying he’s a lousier filmmaker now (you could make that argument, but I loved The Martian), just that he’s no longer suited for the job. People grow as they get older. Nothing wrong with that, especially when you have the sense to stop clinging to the way things used to be.
The choice of director, Denis Villeneuve, shows the producers are at least attempting to treat this project with respect. I was expecting someone a little more showy and a little less mature to get the job. (The long list of names which have been attached to the Neuromancer movie has been downright horrifying at times, so I tend to expect the worst from these projects.) I have faith in this guy. In an interview on CraveOnline he said:

All we have is his word, but at least we get that. Any director who took this on as just another job probably wouldn’t bother to assuage our worries. I’m taking this as a good sign until I hear otherwise. 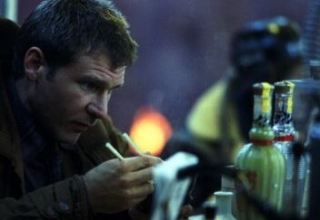 Then there’s Ryan Gossling’s involvement, the news of which reached me when I was still very much against the film. Even then I thought “that doesn’t sound too bad.” To be sure, it’s just a matter of opinion, but I really like Gossling. He’s an actor first and a movie star second, along the lines of 90s Johnny Depp, George Clooney, and Harrison Ford himself. Had they cast someone a lot more box office friendly, I would have been a worried. In fact, it was probably Gossling himself who made me question whether or not a Blade Runner sequel was automatically a terrible idea.
As for Harrison Ford’s casting, which could potentially break the original film… I just don’t know. I have no idea how they plan to use him yet so I can’t get too upset about it. Ridley Scott has said it’s going to be more like a cameo than anything. That can change, so we just don’t know yet.
The only movie I like more than I like Blade Runner is Fargo. A television series based on the film seemed silly to me, too, until I actually saw it. I almost screamed at the screen when the series started messing with what was left buried at the end of the film. (Let’s just say I thought a lot of that movie’s fun was wondering what happened to the ice scraper landmark). The producers of the series, however, handled it with care. I think it’s arguably the best thing on television right now. Today I’m glad I have a Fargo movie and a Fargo television series. One actually enhances the other.
I can only hope Blade Runner 2 is approached in the same way. At least there’s hope, of which I currently have none for the American version of Ghost in the Shell which is coming out soon. I’m ecstatic the Blade Runner 2 producers seem to be doing the opposite of what they’re doing.
My biggest reason for not being worried about a sequel to Blade Runner? By now I’ve seen enough lousy sequels, prequels, and reboots to know that even if they cram something dumb into the official canon, it still doesn’t detract from what came before it.