Skip to content
Grant Action, Comedy, Comics, Fantasy, Horror, Movies, Science Fiction February 28, 2016December 18, 2017
So here it is, from least to best, my favorite movies (that I saw) from 2015. Just in time for the bullshit Oscars. I still need to see a few movies like The Big Short and Bridge of Spies, so I will adjust this list over the next few weeks.

23. Creed I liked Creed, but didn’t love it. I liked it a lot better than Rocky’s last movie, though. I don’t know. I guess I just want to see Stallone do something different before his star fades. I probably would have liked the movie more had he not been in it.

22. Mission: Impossible Rogue Nation This is the same movie as Ghost Protocol. If you’re a fan of the franchise, that’s not really a complaint. I liked this one better than the first two. I find it insane that Tom Cruise still hasn’t run out of box office steam when even Willis and Schwarzenegger are going straight to VOD. Cruise is probably the last 80s megastar who’s still a megastar. Enjoy it while it lasts.

21. Sisters I loved James Brolin and Dianne Wiest as the parents, but they were underused. There are a lot of good gags here, but the “heart” of the film is phony. These comedies work best when they use Animal House as their moral template as opposed to trying to make their characters grow up by the end.

20. The Visit M. Night Shyamalan made a decent little horror movie out of The Visit, which made me laugh here and there (though not strictly when it was trying to). Definitely includes one of the grossest things I’ve ever seen in a PG-13 movie, so it gets points for that.

19. San Andreas I’m surprised this made my list, but the tsunami sequence (it was like something out of Return of the Jedi with boats instead of spaceships) was exciting enough to forgive the generic first half of the movie. It also showcases top notch CGI destruction—some of the best special effects of the year. Still, I wish Dwayne Johnson would get offered better roles. He’s much better than this.

18. The Revenant I expected The Revenant to make my top ten. As far as technical achievements and acting go, the film kicked all kinds of ass. Yet the more I think about it, the more I think that’s all there is to it. It never hit me on a purely emotional level after that breathtaking opening. Nothing wrong with that, but some of the films on this list did hit me on that level and that’s often the deciding factor behind their placement. Full Review.

17. Ant-Man I think Ant-Man is one of the best MCU films, almost as good as Winter Soldier and Guardians of the Galaxy. The fight scene in the briefcase made the movie for me. I hope Michael Douglas returns in the inevitable sequel. Full Review. 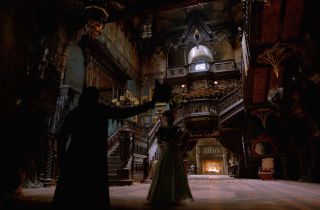 16. Crimson Peak The “typical” Guillermo del Toro movie would fare a lot better on this list. While I don’t think anything in this gothic horror film reaches the imaginative standards he set with Pan’s Labyrinth or the Hellboy films, it’s still one of the year’s best genre movies. 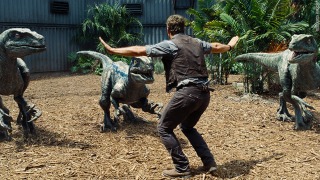 15. Jurassic World I’m really surprised this one made my top twenty because I hated everything about the trailer. Jurassic World is easily the best of the sequels, but that’s not really saying much. I never feared for the characters’ lives at any point during the movie, but it’s otherwise a solid adventure film. I do have to point out that the kind of kid who can get a twenty year old jeep running (with twenty year old batteries, no less) is not the kind of kid who fails his driving test.

14. It Follows The music, the tone, the set design, the believable teenagers—It Follows proves horror is a lot more effective when it takes every aspect of the production as seriously as the scares. This is one of the directors to keep an eye on. I can only hope he does more horror. Full Review.

13. We Are Still Here This one came out of nowhere for me. I had no idea it existed until my girlfriend rented it one night. It remains chilling from the beginning to end. It’s yet another reason I think 2015 was the most exciting year for horror in over a decade.

12. Straight Outta Compton Most people who produce a film about themselves take pains to cast their fictional counterparts in a positive light. Thankfully, there’s no self-adulation here. Asking whether or not the rest of the film is historically accurate is missing the point—Straight Outta Compton is one of the most authentic, honest films of the year.

11. Spectre I’m hardwired to like James Bond films, especially when they’re as proper as this one, which really seemed to balance the old theatrics and the new seriousness well in my opinion. While audiences and critics didn’t seem as thrilled about this outing as the last, the showrunners should be commended for sticking to basics after Pierce Brosnon’s run smoothed out edges which were better left rough. Even the product placement isn’t as annoying as it’s been in past films.

The top ten is after the jump…

10. The Hateful Eight Earlier this year I said I may have liked The Revenant more than The Hateful Eight, but when it came to ordering this list, it just didn’t feel right until I arranged it this way. The music, the entertainment value, and Kurt Russell’s all-or-nothing involvement added up to something I think The Revenant was lacking. This one grew on me the more I thought about it. It was, however, the first time I felt Tarantino was getting dangerously close to repeating himself. Don’t get me wrong: I want him to do another western, but he needs to step outside his comfort zone, at least a little. Full Review.

9. Deathgasm The weird kids who wore out their video cassettes of the Evil Dead series are all grown up and they’re making their own movies now. The world is all the better for it. Deathgasm is one of those movies and it’s among the best throwbacks ever made. The cast of newcomers were sufficient and the laughs were genuine. Plain and simple: this movie kicks ass and doesn’t apologize for a thing. Full Review.

8. What We Do in the Shadows I haven’t met anyone who didn’t like this one. It’s short, not too sweet, and extremely funny. There’s talk of a sequel focusing on the werewolves. Unlike a lot of the movies on this list, I like it the more I think about it.

7. Star Wars: The Force Awakens It’s probably as good as a modern Star Wars movie can be. The more I think about it, the more I like Kylo Ren. He’ll never be as iconic as Vader, but holy shit did they get it right. The film walked a fine line between fan service and new, and although it dropped the ball by the end, J.J. Abrams has conquered a unique challenge. Full Review. 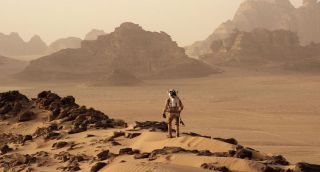 6. The Martian The Martian absolves Hollywood of all the terrible science fiction we’ve had to endure in the past. Why can’t more science fiction movies be as plausible as they are fun? Matt Damon is in top form and extremely likable as the marooned lead. To illustrate just how good 2015 was for movies: The Martian probably would’ve been #1 on my list had it come out in any of the last five years or so. Full Review. 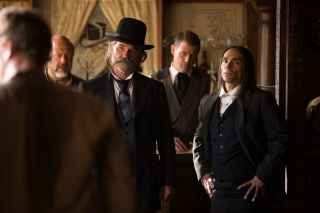 5. Bone Tomahawk I know this one divided a lot of people, but I love westerns, I love horror, and Bone Tomahawk does both well. It’s a no-brainer for me. The controversial killing toward the end of the movie is something I’ll never forget. It blows Scarface’s chainsaw scene out of the water. Can’t wait to see what the director does next. Full Review.

4. Sicario I’m beginning to love Emily Blunt. Here’s a big reason why. Sicario has a lot to say, but isn’t willing to beat its audience over the head with it. Serious entertainment, strong performances, and you actually feel everything can go terribly wrong at any second. If this is really the guy who’s directing Blade Runner 2, then I feel a lot better about that movie being made.

3. Room Room is about abduction—a subject that’s rarely handled tastefully in movies—and skips the tired bullshit of conventional movies in order to give us a believable story that’s so good it hurts. I loved every second of this emotional roller coaster. I’ll probably watch it many more times before I die. I’m especially glad I managed to miss all the promotional material, which seemed a little more spoilery than normal.

2. Fury Road When the credits rolled, I considered staying in my seat for the next showing. It’s easily the best throwback I’ve ever seen, not to mention the most exciting film in years. The most amazing thing about it was how every action scene felt different despite using the same setting and elements throughout. Full Review.

1. Ex Machina Above, I said The Revenant never really hit me on a purely emotional level. This one did and with all the force of a sucker punch to the gut. Beautifully filmed and perfectly acted, I haven’t seen such a landmark science fiction film in years. Ex Machina thoroughly rinsed away the awful taste left by the terribly miscast and ultimately mediocre Terminator Genysis, which I somehow managed to see the same day. Like other great science fiction stories, Ex Machina will seem a lot more important several years from now.