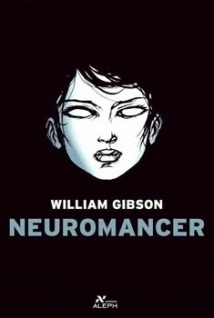 From the article, written by Gibson himself:

My fantasy of success, then, was that my book, once it had been met with the hostile or indifferent stares I expected, would go out of print. Then, yellowing fragrantly on the SF shelves of secondhand book shops, it might voyage forward, up the time-stream, into some vaguely distant era in which a tiny coterie of esoterics, in London perhaps, or Paris, would seize upon it, however languidly, as perhaps a somewhat good late echo of Bester, Delany or another of the writers I’d pasted, as it were, on the inside of my authorial windshield. And that, I assured myself, sweating metaphorical bullets daily in front of my Hermes 2000 manual portable, would almost certainly be that.

Timothy Leary on Neuromancer:
“It’s the way the world is going to be in ten years, like it or not.”
I don’t think there is, nor will there ever be, another story that makes as much sense to me as Neuromancer.