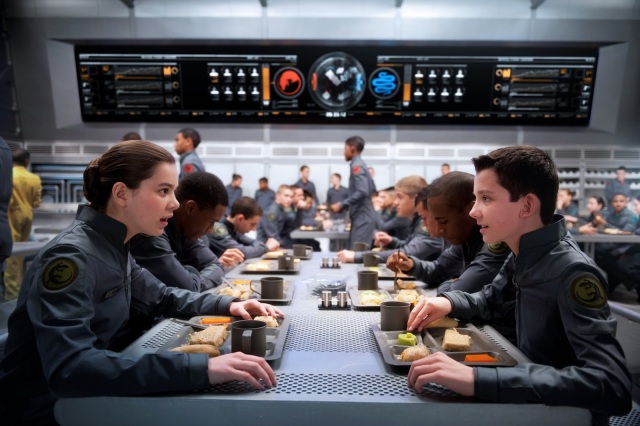 Wow! Looks like Starship Troopers with kids, huh? Ender’s Ansible has a deeper analysis of the picture. Check it out.

I never understood the appeal of Ender’s Game. (I didn’t really enjoy Dune all that much, either, until I finally got around to re-reading it earlier this year. I must say now I understand what all the hype is about.) In before the torches and pitchforks: there was absolutely nothing I disliked about Ender’s, it just wasn’t something I connected with. I think it has something to do with the fact I read the novella it was based on first, which was part of the collection First Meetings, a book I bought for a dollar and tax. You should know I loved Speaker for the Dead, though.